skip to main | skip to sidebar

After writing the post on the word “course”, I started pontificating on what a constructionist MOOC is if it's not a “course”.


So I started rewatching Cormier's video What is a MOOC. 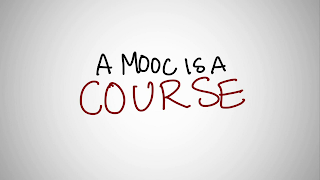 After all, as he says, “it has facilitators, course materials, it has a start and an end date, it has participants” 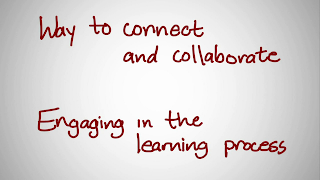 And it is, “most importantly”: 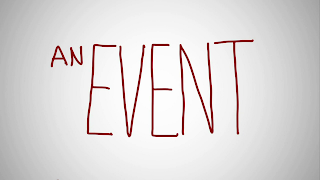 Cue much philosophising on my part. Is a course an “event”? It doesn't feel like one. Is that because most courses are suboptimal, and therefore unexciting? I could accept that as a valid argument, but I personally have enjoyed many courses that didn't feel like “events” to me, so I was unconvinced.

It's an event “where people can get together and work and talk about it [a topic] in a structured way.” It certainly doesn't sound like a course.

And so it was that one morning earlier this week, I found myself lying in bed, hoping to get another half-hour nap in, and this image in my head:

I could also picture the structure of the change.mooc.ca course, which appears to consist of one guest speaker per week, and free discussion.
An event...


...where you choose what material to engage with...
...comprised of a series of guest speakers...
...where there are no assignments...
...and you network with like-minded people...


Eureka! A cMOOC is a conference.

Online conferences have been tried before – live video streaming of a series of scheduled speakers and open “seminars” on text chat – but they've never proved popular.

This, I would argue, is because they attempted to replicate the conference format lock, stock and barrel. But the conference format is a compromise – most importantly, conferences are squeezed into a short space of time because of logistics. You couldn't spread a conference over a couple of months, because people would have to travel back and forth, and it would get very expensive very quickly. This means that the seminar sessions are short and limited – you can't research your response to a talk in the toilet break between the speech itself and the seminar on the topic.

What we have in the Cormier MOOC model is the conference with those time restrictions stripped away. The talks are available wherever you are, without travel, so you can take your time to discuss and research your reactions to them. You're no longer forced to choose between two equally interesting talks just because the scheduler put them on at the same time.


So the MOOC as a “distributed conference” is far better in many respects than a physical conference. It's a good thing, it just isn't a course.  And if conferences are now easier and cheaper to run, we may be able to replace some courses with conferences, but they're still not courses.


Do I feel stupid for rubbishing MOOCs previously, now that I've realised this?


No. My biggest problem developing as a teacher is that people keep suggesting techniques, methods, tools and strategies that “work well” in the classroom, but they never tell me when or why to apply them.

The MOOC guys came up with a great idea, but not only didn't give a clear picture of what it is, what it does, or what it replaces; they claim it's something it's not, it does something it doesn't, and replaces something that it is completely different from.
Posted by Nìall Beag at 1:21 pm